If you’ve read any of our articles on telecoms procurement, then you’ll know that we’re a long term advocate of building in flexibility to mobile contracts.

Contracts that include ‘Tech Funds’ or other upfront incentives, always come with a minimum spend, minimum connection volumes and other commercial commitments; as they are the only ways that the networks can guarantee the revenue and RoI on their upfront incentives and investments.

Those incentives and commitments can sometimes work effectively to secure better pricing and tariffs, but only when there is little or no change over the term of the agreement. And that requires the ability for procurement teams to predict the future!

As soon as business mobile usage profiles or requirements change significantly, then these commitments serve only to increase or at best ‘lock-in’ unnecessary costs. I’ve never come across a large business whose actual spend aligned with their minimum spend commitment over a 24 month agreement. Most overspend those commitments by a considerable margin, which results in bigger profits for the network and lower savings than expected for the business.

Over the last few months we’ve helped a number IT leaders to review their mobile contracts and renewal proposals; and to discuss how they can reduce and better manage mobile costs going forward, especially in light of Covid-19.

In many cases, on review there wasn’t anything particularly wrong or poor about the pricing that their procurement teams had previously negotiated or indeed were about to sign up to, it was simply that their contracts had never previously considered the impact of major changes and their new contracts didn’t have the flexibility or mechanisms to enable the business to adapt to further change

For some they were tied into paying for large roaming data allowances that were no longer needed (but could not be removed); for others large scale changes in data usage and importantly usage profiles at a user level were creating large excess costs; and for a few the rapid migration to using mobile instead of fixed line telephony, meant that their mobile voice usage costs had ballooned.

In these cases, the businesses all had one thing in common: they had negotiated the price of their mobile tariffs and modelled savings and made decisions based on a snap shot of usage and connections.

And when requirements changed significantly they were left with excess costs and little room to adapt; and the result was locked in costs and wastage.

Negotiating a great airtime tariff and generating headline savings with a mobile network is clearly an important objective for mobile contract renewals and market reviews, however it’s only the start.

The only way to actually deliver those on-paper savings is to ensure that you have a flexible and well-constructed mobile contract, that will allow you to adapt to future changes in usage profiles, connection volumes and technology.

Most businesses fail to make such provisions, and many also have no robust processes for checking that their new tariffs are accurately implemented and billed.

Furthermore, few have the tools or the trained resources to keep their contracts and costs optimised over the term of their agreement, and so, most businesses never end up seeing their projected savings.

If you’re interested in negotiating the right mobile deal that will keep your airtime costs optimised on an ongoing basis, then get in touch by emailing us directly at: hello@utelize.co.uk or calling us on 03300 240 444 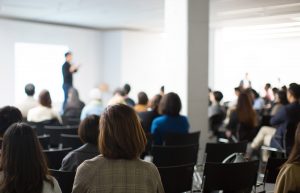 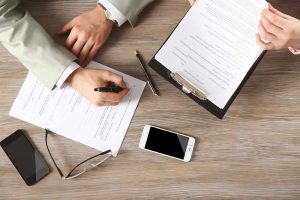 Any cookies that may not be particularly necessary for the website to function and is used specifically to collect user personal data via analytics, ads, other embedded contents are termed as non-necessary cookies. It is mandatory to procure user consent prior to running these cookies on your website.

If you want to find out more about our services & how we can help you, please fill in the details below and we’ll get back to you shortly
This form collects your name & email so that we can answer your enquiry. Please read our Privacy Policy to find out more about how we protect and manage your data.
Menu
Contact

Combine networks on
one contract

Mobile coverage is always a challenge within business mobile estates, especially where your people are spread across multiple locations. However, running contracts with multiple networks typically increases costs, as well as placing an even greater administration and support burden on your IT team.

At Utelize, we can provide both O2 and Vodafone connections on one simple contract, with one monthly bill. What’s more, all users benefit from the same great managed tariff, and where appropriate can share data across all users, regardless of which network they are on - helping to keep your people connected, and keeping your costs optimised.

With larger mobile estates, it’s not a simple task to constantly monitor usage and costs. Frustratingly, most mobile networks deliberately only provide usage and billing data once a month, so more often than not, you don’t find out about excess data usage and charges or roaming bill shock, until it’s way too late to do anything about it.

At Utelize, we monitor usage proactively across the month, helping to identify changes in usage patterns, or high roaming costs. Typically, we receive UK usage records the next working day, (and a few days later for roaming charges), and with our new DatAlert service we can provide the option for real time data usage alerts on users smartphones, helping to keep your costs in check.

Managing tariffs to avoid overspending is a complex and time-consuming challenge for businesses - and it’s almost impossible to predict in advance how much UK and roaming data you’ll use each month, let alone over the term of your mobile agreement. As a result, most businesses spend significantly more than they expect over the term of their mobile agreements, as their tariffs are often fixed up front and are rarely aligned to their actual usage profile.

As the Utelize Managed Mobile Service is designed for mid-market and larger businesses, we can tailor our support to better meet your needs. All of our customers are assigned named support to help manage day-to-day activities. They’ll get to know your people, processes and preferences, so we can deliver the very best support to your IT team and users. Our core service can also be combined with our Device Lifecycle Management services to provide a more bespoke service.

To ensure peace of mind, we can also provide a 24/7/365 helpdesk to enable lost and stolen devices to be reported at any time of the day – or night.

If your business is like most, then your mobile data usage will vary significantly from month to month, and from user to user. It's also likely that you've had times when certain users exceeded allowances without knowing when tethering or downloading video.

With Utelize, we can can offer traditional shared data plans where data allowances are shared across all connections. This sharing of data is ideal for "corporate use" and significantly reduces wastage from unused data, however we can combine these with "personally enabled" plans which are ideally for high consumption users. Our service includes proactive data usage monitoring and alerting as standard, with the option to include real time alerting with our DatAlert service.

Managing where and when your users will need access to their mobile devices and data is a complex challenge. Lock your devices and connections down too much, and your users can’t be productive; remove all controls, and you’ll likely experience regular roaming bill shock.

At Utelize, we’ve developed a simpler approach to roaming that allows your users to work productively abroad, whilst keeping costs in check. EU roaming is included automatically and we offer fixed-cost voice and data roaming in over 100 of the most frequently visited countries outside the EU for just £5/day. We also offer bolt-ons that can be applied when your users go further afield and the option of real time alerting with our DatAlert service.

We live in challenging and uncertain times. Predicting how long you'll require each connection, or estimating how changes in mobile working will impact your mobile data consumption, seems like an excessively complex challenge.

With Utelize's Managed Mobile Service we offer a 30-day minimum term for each connection and no spend commitment as standard on our network services, so you can more easily adapt to business changes. We simply ask that you maintain an agreed overall minimum level of connections on our service over the term of our agreement.

Traditionally, businesses have been tied to buying their mobile devices from the mobile networks using a ‘tech fund’. This model suits the networks, however, most businesses overpay using this model, and can make significant cost savings by sourcing devices directly from the market.

At Utelize, we don't insist that our customers order their devices from us; however we do offer a wide range of innovative and cost effective options to purchase, finance, or even rent business smartphones and tablets. We can also provide extended warranty, managed repairs and end-of-life recycling and device trade in options.

Mobile coverage is always a challenge within business mobile estates, especially where your people are spread across multiple locations. However, running contracts with multiple networks typically increases costs, as well as placing an even greater administration and support burden on your IT team.

At Utelize, we can provide both O2 and Vodafone connections on one simple contract, with one monthly bill. What’s more, all users benefit from the same great managed tariff, and where appropriate can share data across all users, regardless of which network they are on - helping to keep your people connected, and keeping your costs optimised.